The first music I heard from Noah Cyrus, the younger sister of Miley Cyrus, was when, seemingly out of nowhere, she started her singing career. There was the song with Labrinth, Make Me (Cry), that actually did quite well (it hit 1 million views on YouTube in it’s first day of being up, but you can decide). We all knew Labrinth could sing like an angel, but Noah’s voice is surprisingly very strong. It holds several similarities to Miley’s technically, but so far she’s taken her music in a different, really interesting direction. In February this year she lent her vocals to a dance track with Marshmello and Ookay. Stay Together, released in April is an anthem of sort, the music video fitting.

However, it wasn’t until the release of I’m Stuck, which Noah released on the 25th of May, that I really took some notice. It was probably the rhythmic strumming of the guitar in the opening bar, because we all know I love a good guitar and bass line. But then she starts to sing, and she’s got such a raw, heavy voice. She’s also clearly very technically strong. It could be seen that her family name probably got her the music career she has, but I firmly believe she definitely has the voice to back it up. 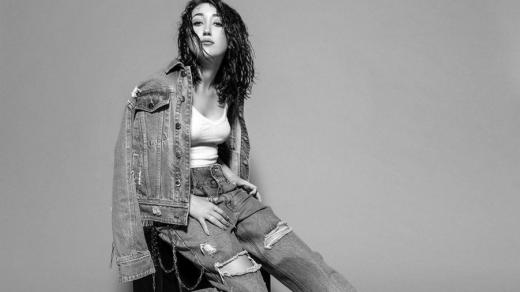 Fun fact: She’s also a really cool chick. When she was only 13, she used her birthday party to raise funds to put towards the ban of horse-drawn carriages in New York and protested against the use of animal dissection in high school laboratory’s.

But, back to the song.

You need to listen to the bridge. I’m well aware that a lot of the times when you get recommended a song to listen to, most people wait for the first verse and the chorus to see if they like it before switching off. You need to listen to the bridge in this song. I’m kinda confused about whether it fits into a country throwdown hoedown, a gospel choir due to the amazing backing that are present for several bars too little, or whether I should be waiting for drop that comes after the electronic buildup towards the end.

That said, the chorus is a killer. I genuinely feel that this is a song that I can confidently say has amazing elements all the way through, from start to finish. There isn’t a weak area that leaves you wanting more, and I for sure, was not let down once throughout the entirety of the song.

It’s honestly such a good song, and while it isn’t a tear-jerker like her collaboration with Labrinth, I enjoyed listening to this one a lot more and I listen to it way more often.

Noah has also already fixed a small list of public appearances under her short belt as a musician. For a 17 year old, performing at the MTV Movie and TV Awards is a pretty big deal, but Noah was chill about it. So chill. At the following Billboard Awards, she was also a presenter, introducing her sister and her newly released single Malibu. She also performed Make Me (Cry) at the Radio Disney Music Awards, as well as being nominated for Best New Artist and Best Breakup Song. (She lost to Grace Vanderwaal and Little Mix).  Following the RDMA’s, she performed at the popular Californian Wango Tango concert, which was a huge success.

I’m keen to hear more from Noah. If I’m Stuck is any indication of what a possible album could be like, I’m so ready for it.

EDIT: writing this a few weeks after this post went up, but Noah is finally making it onto the radio here in Australia, starting with an interview she did with a trio of my favourite radio hosts, starting with Jonathan (Browny) Brown, a retired football player, saying hello to her. And the first thing Noah says? “You sound like Bruce the Shark from Finding Nemo.” I’m pretty sure my whole family understood how much I love this girl in that instant.

2 thoughts on “Stuck On Baby Cyrus”