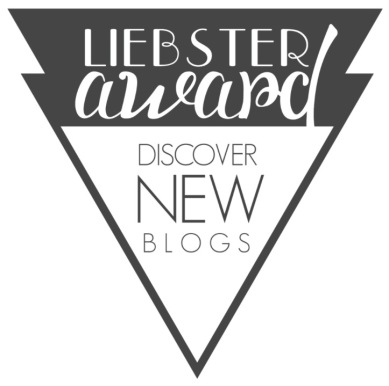 I know. I’m wondering how too. I guess this is my first award here! A huge thank you to the wonderful Unboxed Minds – of the twenty first century for her nomination, I loved reading through her answers, definitely check out her post and her blog!

I know this isn’t a post about music…but as per the rules I’m required to answer Sukanya’s questions, so hopefully you guys enjoy seeing my answers as well! Here we go…

What is your greatest strength and greatest weakness at the same time?
I’ve had to think about this one for a while. I know that I am a loyal person, especially when someone has proved to me that they deserve my loyalty. That said, I can be blindly loyal if that makes any sense. Like, my loyalty could very much override logical thinking. I feel like explicitly saying I’d get into a punch on (fight) for one of my best friends is a bit heavy, but like…it’s true??

What or who inspires you to write?
If we’re answering this in terms of writing in general, definitely Enid Blyton. She was my mum’s favourite author as a young girl, so she got me into her stuff really early, like by the time I was in primary school I was basically getting through my spelling words so I could prepare myself to read the Famous Five and Secret Seven. Her way with words were so magical and it definitely does something to a 6 year olds mind and imagination. If we’re talking in the sense of the writing I do on this blog, then obviously the music I listen to. There’s only so many ways you can really communicate how music affects you and your life, and this seems like one of the most obvious.

Are you concerned about the dying Earth?
I’d be so worried if someone said they weren’t. It generally makes me mad, more than concerned, because there are people willing to excuse the actual science and dying wildlife presenting the proof and evidence, and claim it’s fake. This is going on a tangent, but when I was in Year 10 I was given the opportunity to go to this tiny island about two hours from Fiji, called Kiribati. I’ve definitely mentioned this before, but anyway. The island is tiny, it’s so small you actually can’t see it on the map. And it’s sinking. They predict in the next five years the island will be completely submerged. There are people on that island. Families and villages and entire communities of people yet there are some people who can afford themselves the privilege of being able to call bullshit on climate change and global warming.

What do you think is the best way to resolve an issue? (anything under the sun)
A rap battle??? Dance off???

I’m such a hypocrite because I don’t do this, ever. Like, never, ever, but talking about how you feel. Only you know what you feel, and not having a grasp of how the other person is feeling drastically hinders your ability to try and solve a problem. It’s like not giving a construction worker the blueprints to your house, but expecting him to be able to know how to build it straight away.

Do you keep biased thoughts in mind while appearing diplomatic?
I feel like we’re all guilty of this. Everyone has an unconscious bias, these preconceived lenses we use to look through the world, and they’re ultimately shaped by the world we live in. Unfortunately, at the moment we don’t live in a world without biases, or stereotypes, or physical profiling, so yes. I definitely do, but I’m making a conscious decision to unlearn them.

What is your idea of serenity and peacefulness?
Ok. This is gonna sound so strange. But sometimes when I’m in the car with my mum, and we stop at the shopping centre to get groceries, she’ll let me stay in the car, keep the keys and just chill. So plugging in my phone, feet up on the dashboard, and playing my favourite music, really loud. If it’s dark outside even better. Serenity and peacefulness.

Do you enjoy your solitary self?
Hard question. Sometimes I do. Sometimes it’s when you’re alone that you’re at your happiest. I can definitely agree with that. I love my family, my friends and I’m definitely most of the time a people person, but being about yourself and being solitary is a pretty rewarding. Just not for too long. I’m the type that can stay for a whole day, in my house, listening to music alone, reading, writing, but eventually I’ll need the energy from other people to power me up.

Are you openly weird or secretly weird?
I’ve come to learn that it’s so much better to be open with your weirdness. Anyone who isn’t worth it, won’t stick around, and the ones who are, accept you straight away. And why be ashamed anyway??

Do you loathe perfectionists? Or are you a perfectionist yourself?
As much as I hate the whole idea of trying to achieve perfection, I am a perfectionist in a few aspects of my life. I feel like I know what’s worth stressing over, and what won’t bring the world to an end if it’s not 100% perfect.

Are you superstitious?
No. I don’t get it. But…I definitely do love a horoscope, especially if it’s in my favour. But black cat? I’ll pat it. Ladder? I’ll probably walk under it. I don’t have time to be worried about that stuff.

Have you ever felt that the world is conspired?
No. Countries, leaders, governments? Definitely. But not the whole world. There’s too many of us, and if that were true, some people would be a lot worse off and there would be a whole lot of D.Trump’s around. There probably are a lot of them, who just aren’t publicised, but if the world was conspired, it would be a very different world.

Holy moly. That got me thinking. That was deep as heck. But I actually really enjoyed answering the questions. Now for the blogs that I want to nominate! So I’m going to be nominating:

I’ve been enjoying reading from all of these six blogs recently, so thought I’d nominate them for this award!

So the questions they’ll have to answer:

So those are my 11 questions! I’m really excited to read the nominees’ posts. Hopefully you guys liked this post, and even though it didn’t have anything to do with music, (I tried) it was still fun to do!

Tomorrow my big post is up. You’re gonna think I’m full of it when you eventually read it, but I’ve been working on it for over a month. It means quite a lot to me, I’d love for your feedback, and I’d love to hear your answers to any of the questions I answered above, in the comments below!

7 thoughts on “I Got A Liebster Award??”