So…I finally saw Kehlani. If you’ve been keeping up with my previous posts, you’d know that the 27th of August could not have come slower. The 27th of August took it’s own damn time arriving, but finally it rolled around, and two friends and I made the short train ride into the city to see our favourite. 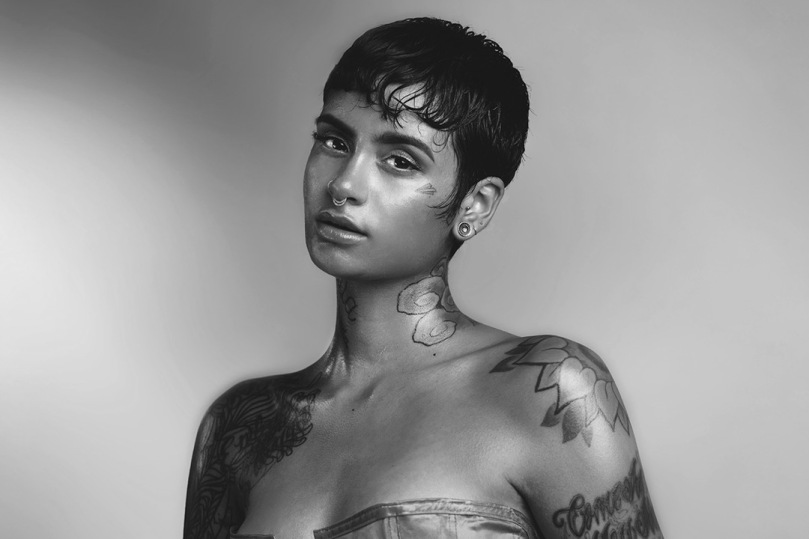 We had some dinner, ($5 pizza is always the best choice) then caught a tram down Flinder’s Street and made the short walk to The Forum. Boy, did we not expect the line we were met with, at all. It was insane. It wrapped around the building and crawled all the way up one of the side alleys. People had camped out since that morning. It was insane. I was dreading the walk. Actually dreading it. And then, like a chorus of angels, one of my friends heard her name being called out, and literally right in the middle of the line were two of her friends. Ignoring the dirty looks and the inner battle raging over my morals, we squeezed in next to them and in ten minutes were inside.

It was a lot bigger than I thought it was, and that feeling only intensified when I turned around just ten minutes later and saw the heads behind me. Lani packed the place out. I’m pretty sure she sold out, booths and all. I was so confused initially though, because we heard nothing of opening acts, yet there were two! The first one, I’m sorry but I have no memory of, name wise. She was a decent singer, kinda dressed like the dragon queen woman from Game of Thrones which I don’t watch, but her guitar player and drummer were phenomenal. Thoroughly enjoyed watching those two having the time of their lives.

And then there was DJ Noodles. She literally just tours with Kehlani, does a DJ set before she gets on stage then has the time of her life upstage while the show is going on, and I’m all here for it. Her DJ set was ridiculous, she played all the classic RnB songs, but then a bunch of the new stuff that hyped everyone up. She did an amazing job, I wish I was her. And then Lani came out. 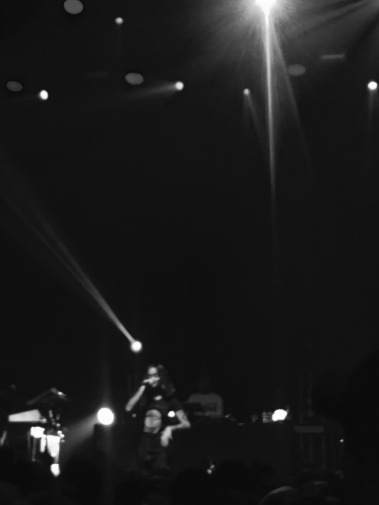 Honestly it was crazy. She came out in an T Shirt with the Aboriginal flag on it, and we literally all lost it. A fan gave it to her during the Meet and Greet and sis wore it on stage like the angel she is. AND THEN. She opened with Keep On. Literally on the way to the concert, I was talking about how that was one of my favourite songs, but I didn’t think it was going to make it onto the setlist. And she opened with it.

She sang a bunch of songs that we didn’t expect. She threw it back to the Mixtape and sang The Way, and the live version of Distraction was so beautiful, I wish there was a studio version of the live performance. Too Much hyped the crowd so much, the mosh pit got so hot but honestly I didn’t care. And she finished with CRZY after honestly making us beg.

It was an amazing environment. I think it was just the amount of awe we all had for the artist in front of us. But it got better. She paused the concert, and began talking about voting. If anyone isn’t familiar with the situation in Australia, they’ve decided to have a plebiscite to decided whether to grant the LGBTQ+ community the right to marry or not, and they are completely underestimating the voice of the youth and the power we have. So the overall consensus for the past month has been that anyone eligible to vote, NEEDS TO ENROL TO VOTE. Which she demanded, up on stage, in front of everyone. AND THEN!!! She called a woman up on stage, and said woman called another woman up on stage, and then dropped to one knee. I’ve never seen so many people lose their shit so quick. Obviously she said yes, and Kehlani casually invited herself to the wedding which was dope, and everyone was just immensely happy. It was a good vibe. A great time.

If you ever get the chance to see Kehlani live, take it and run. I promise you won’t be disappointed. If you’re looking for an amazing show, she’s got it. DJ Noodles honestly creates such a hype, Lani pulls off choreography just as good as her back-up dancers all the while nailing her vocals, and her setlists have songs for everyone. If you’re looking for an amazing artist, she delivers. As an individual, she’s beautiful inside and out. Definitely give her music a listen, and even if it’s not for you, check out her Instagram. She talks about the important stuff, the stuff that not many people talk about. Plus she’s funny as heck.

11 thoughts on “All About Lani”