Honestly, they do no wrong. Will and Mitch have released an amazing new single, Above The Clouds, with Olivia Reid commandeering the vocals like a killer. Have to say, I love this one so much, it’s my new favourite. Sorry Orbit.

Since my last post about SŸDE three months ago, the guys have gained even more monthly listeners on Spotify, bringing them up to over 420,000 individual listeners which is insane for a couple of boys who are just finishing up with high school exams this month. 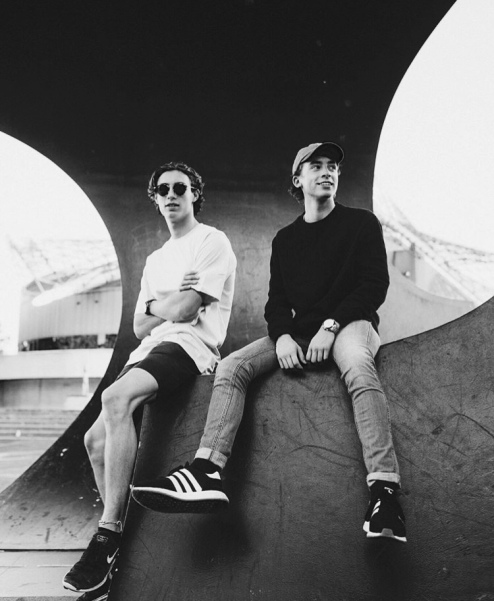 The latest single was played for the first time on the Triple J program Home and Hosed, eagerly awaited. Above The Clouds is a step up to the next level and the boys have completely outdone themselves since the release of Orbit last year. (Though have to admit, the Hazey Eyes remix is still a staple in all my playlists).

It’s also the first single the boys have released after being signed to Dew Process/UMA, which is an incredible achievement for Will and Mitch.

Olivia’s vocals are so pretty and light, and the music matches her voice perfectly. Considering they found Reid on YouTube, they’ve done well in their choice of singer, because her unique voice and style works so well with the song. . The island vibes still run strong with this one, and it honestly went on to at least three of my playlists (linked) as soon as I heard the tune. You can definitely groove to this one, it’s a perfect song for a festival. I’d even throw it in the back of a GoPro holiday video, and I’m certain I probably will eventually. It’s such a summer song, check out my post about summer tunes for even more, you can definitely find it up on my playlist (linked) for the warmer days.

The song has had it’s fair run on Triple J since it’s release and I’ve been hearing about all the people texting through their love for the tune. The boys have also been super appreciative to everyone sharing their song and helping it climb the charts which is super lovely to see. The song’s popularity on iTunes and Spotify is also climbing everyday, and I’m so keen to begin hearing it more often, because I’m sure I will.

You can listen to Above The Clouds here, and in the meantime I’m gonna be keeping my eyes and ears open for anything else from these guys. I cannot wait for more.

7 thoughts on “Above The Clouds With SŸDE”