I am a terrible person.

Eighty Ninety came under my radar months ago. I had never heard of them or their music, but they seemed interesting enough that I gave them a follow on Instagram, and in turn literally procrastinated the moment I finally I jumped onto my first love in life, Spotify, and gave their music a listen. That moment was today.

The song that caught my attention was their recent single, Your Favourite Song. If I could try and describe it, it would be kinda of a mix between Lauv and Taylor Swift’s old stuff (which is my favourite TS stuff). Coincidentally, Taylor recently added the song to her playlist Songs Taylor Loves on Spotify. This year, Loote also released a remix of the song, and I can’t pick which version I like more, because Loote’s remix is so good.

The brothers, Abner and Harper James, are the masterminds behind 100% of everything that comes out of Eighty Ninety, and they’ve nicknamed their smooth mix of indie, pop and slightly electric style ‘808’s and telecasters’, which is fitting. 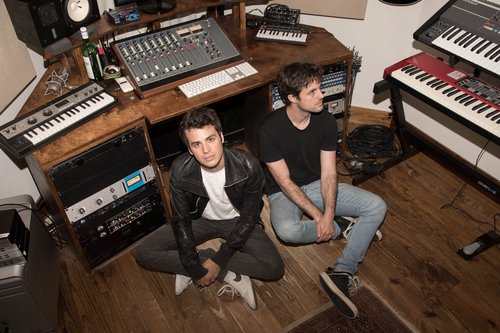 My favourite song from the guys is their first single Three Thirty, from their 2016 EP Elizabeth.. Since hearing it the guitar has been stuck in my head and the ethereal vocals have mesmerised me. It’s been added to several playlists and I’ve found myself playing it through the house. It’s a beautiful song, “a hook-laced message to a past love” but it’s accessibility to how easily it lends itself to radio and commercial listening definitely makes it a winner in my eyes.

A short post today, but I definitely had to share these guys with you all. Smacking myself for putting off listening to them for song, but I’m glad I finally got around to it because I was missing out on so much that whole time. Give them a listen and let me know what you think!