Hello hello and welcome to another run down of a gig I probably shouldn’t have gone to because I’m trying to save money but went to anyway!!

Today’s blog is a pretty short little write-up from one of the fun-est, cutest concerts I’ve ever been to, one of my favourite singer’s over the past two years, Bene! If you haven’t caught it already, I’ve already written about the New Zealand singer before, and she’s featured in countless playlists, monthly tunes and Spotify wrap-ups, so I was understandably very excited when Jess and I booked ridiculously cheap tickets for her concert on the 15th of February. 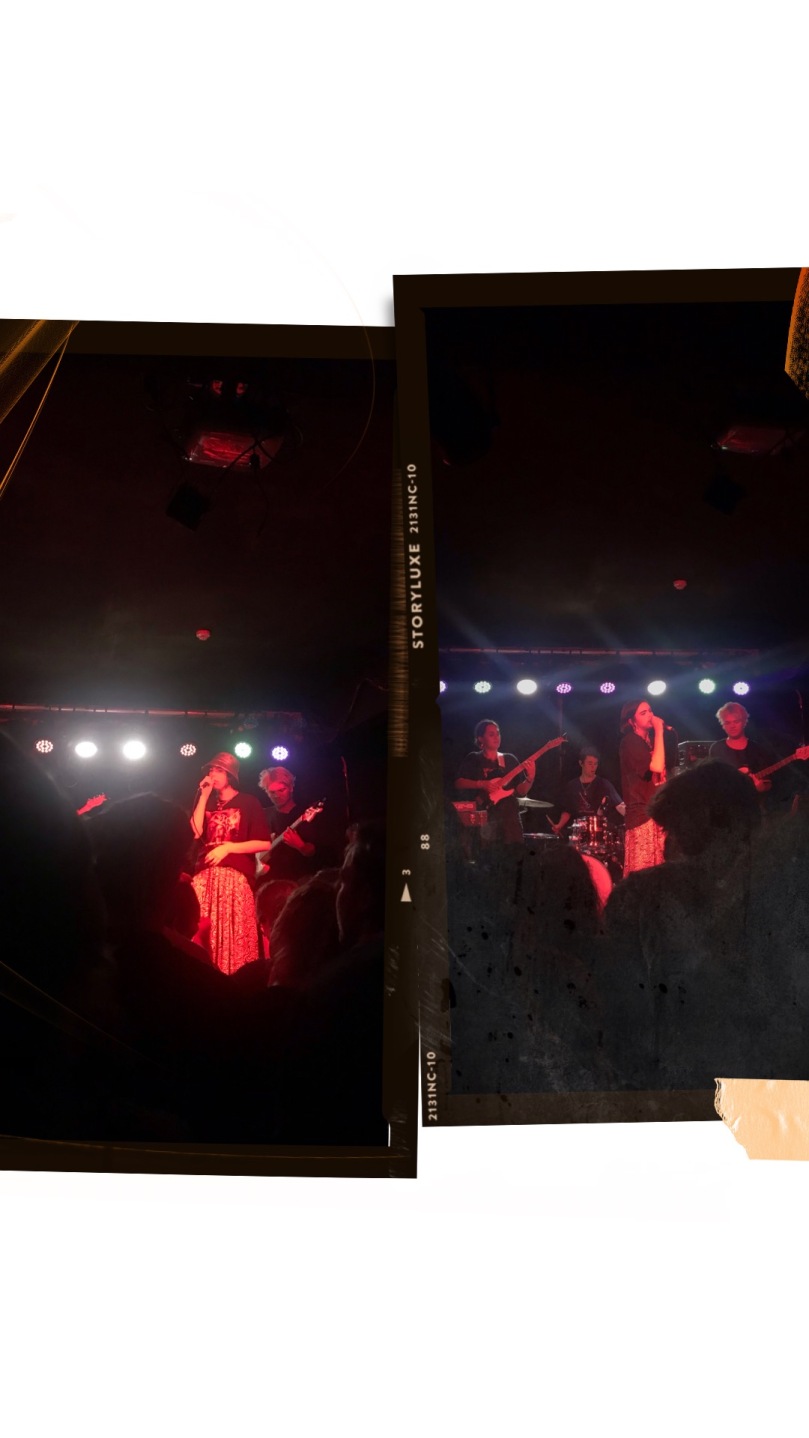 It was a great night to go out. I drove to Jess’ house and from there we go on the train, into the city. We were in no rush, considering we had a couple hours before she came on, so decided to find a nice place to eat dinner, ending up at The Duke, a great bar and restaurant we went to a while ago with Kate before we saw Gang Of Youths.

This time, we ventured upstairs to the dinning hall, where we enjoyed a great meal, but an even better, long over-due catch-up and chat. With half an hour before she got on stage, we left The Duke and hopped on a tram towards Fitzroy, which dropped us right outside The Workers Club where Bene was performing.

Before we got inside Jess got herself a drink and I snagged the second last T-shirt on sale at her small little merchandise table. With a quick glimpse of Bene coming out the doors and heading backstage, we scanned our tickets, got our hands stamped and headed inside.

It was definitely not as full as I thought it would be by the time we got there, but as we waited for her to get onstage, the room quickly filled up and packed out.

Finally, she got on stage and the show began.

It was a really great gig. A really fun show. She walked the line of being really playful and childish, highlighting how young she is, but also switching on and singing some incredible unreleased songs with strong, powerful lyrics, before swapping back to her giggling and thanking everyone after every song.

She played Tough Guy, and it was probably one of my favorite’s purely because I knew it so well. Sadly she didn’t introduce all of her new songs so I had to guess a few of them, but I can’t wait for a song called Afterlife to be released, as well as Snake Charmer, which was one of the first songs she sang.

When she finally sang Soaked, which is the song that really kicked everything into gear for her here in Australia, everyone went mad. It was a fun audience, everyone was down for a boogie, no-one was pushing or being too aggressive to see her and get to the front, I mean a kid nudged his way to the front purely to give her flowers for Valentine’s Day and kiss her on the cheek. It was the purest thing I’ve ever seen and clearly made her night.

Her band were all really cool as well, all of them were super interesting to watch. Everyone on stage seemed infected by her playful personality, especially Tia her guitarist. It was a great display of a group of really talented young people up on stage, and I thoroughly enjoyed myself.

If you ever get the chance to see Bene live, I highly recommend it. For a great show (at a bargain price???) she’s definitely one to watch. You’re gonna see more of Bene, no doubt.