Surely you knew this was coming? It would be only slightly sacrilegious to never mention this or bring it up, so here I am.

*There is definitely a warning that there is triggering subjects and imagery in the music video, and it can be disturbing to watch. I won’t be putting the video in this post, but if you do choose to watch the film clip, keep that in mind.*

Now, being from Australia, I understand that my opinion or thoughts on this topic, the subject matter, are of very little value, especially to any American readers. But, since the entire globe has been talking about this song, this dude, this music video, I thought I would too, because I haven’t been this fired up about a musician or a music video, in a very long time. 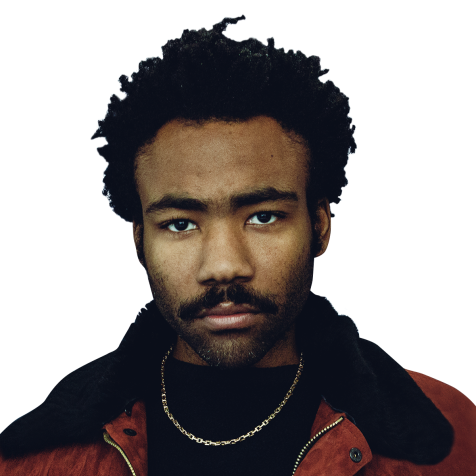 There is so much packed into the music video, directed by Hiro Murai, and I found myself having to watch it upwards of six or seven times since it was released on May 5th, by Childish Gambino, the stage name for musician, actor and writer, Donald Glover. If you’ve been around here for a while, you’ll know that as a fan I’m quite partial to anything the man produces, but this is by far one of the most iconic pieces of art he has ever released.

I’ve watched this video many, many times. Every single time I watch it, I notice something different, or I hear a new feature in the back. There are so many layers to uncover within Childish’s music video, let alone the song, and the entire world has been in a frenzy, unpacking and analysing it. I promise, this post will barely scratch the surface. 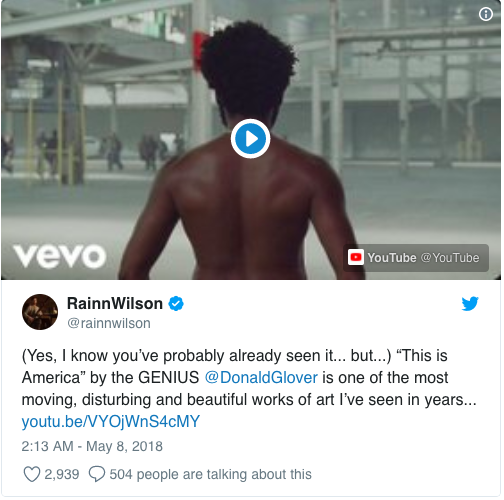 Immediately you have to face a gun. There are numerous guns within this music video, but it’s how they are handled and portrayed that explains Glover’s commentary on the absolute shit show that is American gun laws, gun violence, gun politics and policies. Each time a gun is introduced, someone dies and a child is shown carefully taking the gun away, holding it preciously in a red cloth, while the body is unceremoniously dragged out of the screen. The stark contrast in the treatment of the two is such a definite call out of the way bodies, especially African American bodies, are put secondary to that guns, and their place in America. There is a gruesome shot of church choir lying in a heap after Glover shoots them all amidst their chorus singing, this time with a machine gun, and anyone even slightly aware of international news and the epidemic of gun violence in America will immediately recall the Charleston church shooting.

However, there is one moment that for me that is slightly more poignant and timely, and that’s towards the end of the video where Childish puts his hands out like he’s holding an imaginary gun, and every single person on the screen scrams. They all disappear in fright, while he holds nothing. He poses no threat, but is still seen as a danger.

One of the most important aspects of the film clip is the dancing. From the beginning, Donald’s dancing itself deserves it’s own viewing of the song, so you can focus solely on the hard hitting impact behind everything he does. If you’re even vaguely familiar with the history of minstrel shows and the theatrical racist stereotype created in Jim Crowe, you can see how carefully the choreography, by Shellie Silver, has been created; every move has a meaning, every contorted face that he pulls has significance and metaphoric value. So many popular dance moves, internet trends and homages to traditional African American dances are included within the music video, but it all serves as a distraction for the ongoing chaos in the back. I took two things from this. 1) Popular culture is ultimately a distraction from what’s really going on in the world and 2) African culture in America is constantly commodified for consumption, while African American people are one of the most disadvantaged communities within the country. Some teens are also captured recording everything that’s happening on their phones, sitting high in the rafters away from the chaos that’s going on. 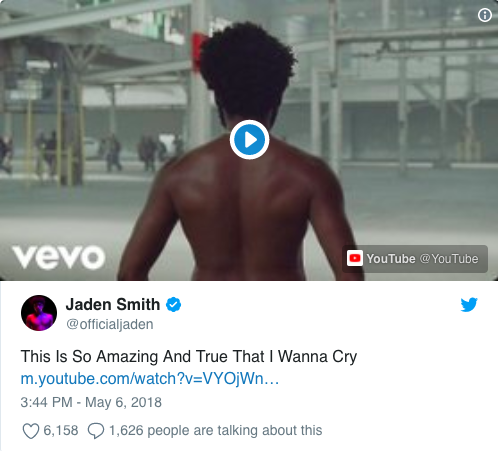 One of the less obvious layers of this million tiered cake, is the overwhelming collaborations within it. Calvin the Second, Blocboy JB, Young Thug, 21 Savage, Slim Jxmmi, Quavo, all make vocal features and most notably, is SZA, sitting atop a car after all the chaos and disaster within the film clip is over. If you take into account her Instagram post of her outfit and partaking in the music video, captioned ‘Liberty’, a lot of people have come to the conclusion that she’s portraying Lady Liberty, in an effort to point out the ironic notion of this supposed ‘freedom’ that only serves a very small, privileged group.

One aspect of the music clip that I’ve only seen mentioned very little is the presence of a man standing just within the last frame as the camera pans away from Childish Gambino dancing on an old car as SZA watches in, he’s holding an empty drink bottle. The same conclusion that I came to has been shared by a couple of people and that’s this; Flint is still without safe drinking water, since 2014.

This music video has sparked so much conversation since it’s release. With over 42 million views as of writing this on the 9th of May, and counting, it’s become a massive point of discussion globally. There are a lot of people who seem to think that in depth analysis’, probably like the one I’ve uncharacteristically provided you with here, are going too deep, looking for things that aren’t there, but I honestly believe that’s a gross underestimation of the lengths of this man’s genius. And even so, this music video has people talking, who have never opened themselves to such conversations before. The amount of Twitter analysis streams that I’ve come across in two days alone is enough to validate any type of thought lending itself to fully understanding this music video, whether it be intentional or not.

Below I’ve linked some incredibly interesting articles and contemporary analysis’ of the music video if you want to check them out, but I’m also keen to hear what you think of the video and your view on the ensuing discussion in the comments!